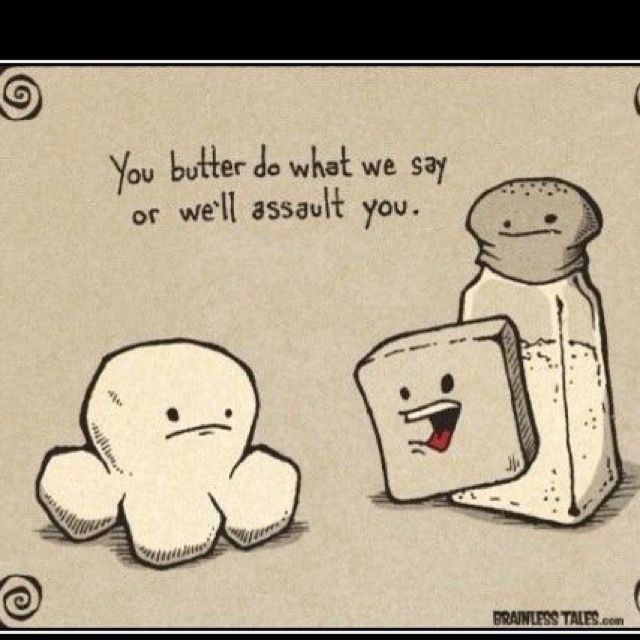 And no matter what they do, they can’t get to you, so fake it.

Just a warning, what your about to read is in relation to child abuse and food issues. Please do not read this if it is going to cause you pain.

Also, maybe I shouldn’t share this on a public forum, but you know what, fuck it. I have come to the realization through conversations with other people that silence and avoidance does not help survivors. Choosing silence further perpetuates the shame and loneliness that you feel in dealing with your trauma. I have to say, that I have come to a point where I hate silence. I hate how lonely it is. I hate that silence protects the one who abused you, but it does not protect the ones who have been abused. So here is part of my story that I am struggling with currently.

I hate food. Which, I know is hard for people to understand given how fat I am, you would assume that I had a love affair with food like Romeo did with Juliet, but alas. I have always had major issues with food and consuming it. It seems that sensory issues, and abuse created a perfect storm that resulted in my aversion to food and very restricted diet.

While I was growing up my mum was not a good cook, nor was she a good parent. Her shitty abusive childhood, led to my shitty abusive childhood. As an abused kid with no control over their life, I often asserted control through my food intake. According to my mum I was kicked out of preschool in part because I was a compulsive gagger. At home, I employed numerous methods to avoid food. I would throw up on it, or swallow it whole and wash it down with whatever beverage I was given. It was a constant battle between me and my mum to get me to eat.

In hindsight thanks to therapy and age, I realize that child me was serving up a giant fuck you to my mum. She could abuse me physically and verbally and I was generally helpless against it. However, I could piss her off through food, even if doing so generally meant that I would face some sort of backlash.

When I was somewhere around 9 – 10 my mum “accidentally” made meatloaf with extra spicy pizza sauce. She thought it was hilarious that I choked down the meatloaf even though it pained me to do so. Over the years this funny tale has been told a number of times, and I would laugh along. Laughing along is what you do with an abusive parent, you go along with things to keep the peace. The truth is that I ate that fucking meatloaf because if I hadn’t she would have punished me physically for not doing so.

The truth is, that I was so fucking terrified of her that I choked it down even though it hurt my mouth and made me feel sick. Then we laughed about it for years afterwards, the pain burning in other ways. Haha! You abused your kid and she did her best to minimize the damage to her person, aren’t you fucking clever.

This week in therapy food got brought up in a more in depth discussion than ever before. We talked about my food aversions, how little I eat, how much I hate food for the majority of the therapy session. Then my Dr dropped the truth bomb on me, even though I have removed my mum from my life she is still controlling me through my relationship with food. Now, I’m not dumb, I know my food issues stem in large part from my childhood. I think it’s pretty textbook that even the most amateur armchair therapist would be able to pick up on it. However, I had not looked at it in context, in what exactly my aversion to food meant.

I have to say, it’s been really fucking with my head and I have been thinking about it a lot. After thinking about it, being angry at myself about it, I have come to a realization. My issues with food, is not about the fact that she is still in control of me. My issues with food is because if I eat a meal I am reminded of her. She haunts me when I eat, and I’ve gotten so fucking used to it I never realized it until now.

I have often thought that as an adult, my mum did not abuse me overly much. Today while I was eating my lunch I had the epiphany at how fucking wrong that is. She abused me every time we ate together. The jabs, the comments, the derision of how and what I eat. Stories about my constant failures with food, and I… Just went along with it, I laughed with her and others who also think it’s perfectly normal because I let it BE normal. Even though it embarrassed me and hurt me. Because I was fucking terrified of her.

Now, it’s been 3yrs since I have intentionally seen and interacted with her, and yet, every time I sit down to eat a meal with someone I am letting her into my life again. Every time I eat I brace myself for trauma. It’s become so normal for people to question, discuss and analyze my food habits. I will bring it up, before other people can, because it’s easier to laugh at how ridiculous they are. To shrug it off, to join in on that laughter. Even though it hurts me, every. Fucking. Time. It makes me feel ashamed and useless. But it is easier to appease people, to let them joke than explain to them the fucking trauma that I deal with.

So I have come to a realization of truth: I do not like to eat, because I do not want her in my life. I want to salt and burn the ghost of her that lingers to mock me and remind me of her fists and anger whenever I eat. If I don’t eat, I don’t have to think about her consciously or unconsciously. If I don’t change my diet, and try new things then I do not have to remember the mockery and condescension.

Ever since I walked out of my appointment yesterday with my psychiatrist I feel like someone kicked a door in and has left me adrift. I feel like I have not actually made any progress in my recovery, because how the fuck did I miss something as huge as this. How can I possibly think I am successful in overcoming shit, that I am a strong person when I practically starve myself regularly and just let it happen because it’s fucking easier than facing what it actually meant. I am back at square one, and I really do not know how the fuck I am going to fix this.