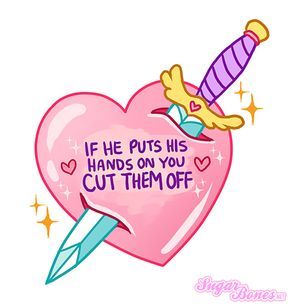 Baby, it’s Cold Outside, and changes are coming.

~~Quick warning, I discuss rape/sexual assault quite at length in this post. If that is bothersome or triggering to you, please go read about my cats instead.~~~~

I love Christmas music unapologetically and unabashedly. The Doris Day & Bing Crosby version of Baby it’s Cold Outside is one of the songs that is always in my Christmas playlist. I love their voices together, and I try to ignore the lyrics. I have refrained from wading into the fray on the current conversation on this song because I did not want to argue with people I care about. However, I’m starting to get a bit annoyed at some people’s responses, and I’m sick and grumpy so I am going to attempt to breakdown why I feel this song, especially right now, is so fucking problematic.

Baby it’s Cold Outside is rapey. Full stop. I don’t give two fucks about why it was written however many decades ago. I don’t care that you don’t think it’s rapey, and that somehow rape didn’t exist in the past just because you allow your rose coloured nostalgia to taint the way you view the past. The truth of the matter is that we are  living in a time period where the consequences of past silences are still reverberating mightily.

I am going to be very frank in my assertion here. No one gives a fuck about rape victims. Not now (even if there is more lip service being performed) and definitely not in the past.  Sure, if the victim is perfect, if they fit some ideal virginal model, their rape is something tragic that has happened. However, too many people, and often the people hold the power, do not take rape seriously. Women have never felt comfortable reporting rape, because they are not believed and often face further traumatization. They are put through the ringer trying to get any sort of justice for their trauma, often to no avail. It is THEIR character and THEIR future that is destroyed by reporting sexual assault. Not mens (unless they’re black men, and then you bet your ass they’ll lynch you faster than you can say Emmett Till for having the audacity to look at a white woman).

So soak that in. If you are a man reading this, allow yourself for just one fucking moment, take time to consider how that would make women feel. Would you talk to someone about your rape or sexual assault if you knew that there was no point? No. You fucking wouldn’t.

In the last few years, rape and sexual assault has been a HUGE topic with things like the #metoo movement (which white women have co-opted from, and fucked over black women with). We are FINALLY having conversations about rape, and sexual assault. Brock Turner’s joke of a sentence was met with outrage. Women are pissed, the fuck, off. We are not going to be quiet about it like we used to. Where we only talked to each other about it, or we didn’t talk about it at all. Women have always known that there was no fucking point, or that it would be seen as their fault that it happened.

However in that pissed offness, we have still hit a wall. That wall? Men, and women whose misogyny is so internalized they may as well be in fucking Narnia eating turkish delight with queen or off somewhere in a circle jerk with Phyllis Schlafly. We are STILL fighting against the notion that women are liars. That they are not to believed. That they are just out there to fuck over men, ruin their careers, and ruin their lives. Even though the percentage of women who lie about their sexual assault is miniscule, it does not matter. It is still seen as the larger percentage, and women telling the truth are the ones who are in the small percentage.

This is why Baby It’s Cold Outside is like salt on an already festering, infected wound. It is yet another reminder, and an all familiar experience that many women have to face that their bodies are still just seen as something to be possessed by, and controlled by men. We don’t give a fuck that Baby it’s Cold Outside was once an empowering song, we give a fuck that many date rapes that happen in this day in age are something that started with a conversation very similar to what is happening in Baby It’s Cold Outside.

We still live in a time where if you go on a date with a guy, and he rapes you, it’s your word against his and you will most likely be dragged through the mud and retrumatized over and over again. Your choice in underwear will be questioned. Your previous sexual history will be questioned. Your not fighting back will be seen as consent. He will probably get off with maybe a slap on the wrist, but most likely with no justice at all. ESPECIALLY if he is a white man, and has any semblance of wealth.

This song, that is being played over and fucking over again is a somber reminder to many women (and maybe some men) that they are not safe. That their bodies are not safe. That they must police their every move, their every moment, their every interaction. Why? Because you never fucking know when a man will feel like he is entitled to her body to take what he wants from it. It is also a somber reminder that if a woman is sexually assaulted/raped by a man they will receive no justice for it. That he will get to continue on with his life, and probably rape someone else, and she will constantly be left with the reminder of what he did to her.

This rage over this song is not new. It has been around for decades. However, women have not felt that they had the voice to express it. They were muted, silenced, and controlled by men who feel that their voice does not matter. However, we are currently living in a time where women are feeling more empowered, and REALLY fucking angry. In the words of Twisted Sister “we’re not going to take it anymore”.

Unfortunately, this movement is still in its infancy. It is the underdog. So while we can make some noise to make people realize that something is wrong, it does not mean other people will be understanding WHY we are so fucking pissed off about issues, like this song. History has never been kind to women, our stories, our lives largely erased and edited out unless it was a side piece to a man. We are changing this, slowly but surely. This song, is only one minor thing that is going to be challenged, and fought against.

Hold on to your pearls ladies and gents, because us feminists are angry, and we are getting to be legion. We are going to rock your fucking world and make you listen, even if you do not understand, even if you do not WANT to understand. We don’t fucking care. We are done with being silenced. We are done with being a footnote to men’s white washed version of history. We are taking your patriarchal institutions,  and cultural ideologies and burning them to the fucking ground. So either saddle up and educate yourselves, or get the fuck out of our way. Baby It’s Cold Outside is just the tip of a very large iceburg, and just like Rose let Jack die, we’re ready to let societies patriarchal stronghold go down with the ship.