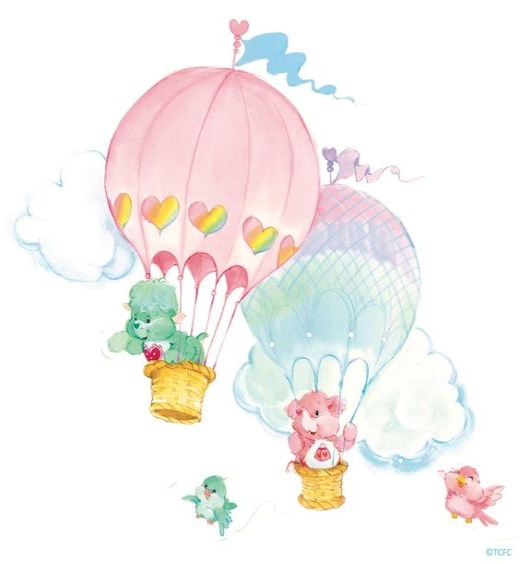 And now, The Care Bear/Cousins

Today, I am going to be talking about Care Bears (and their cousins). I know you may be thinking “But … you normally cover more serious topics”. To me, Care Bears ARE a serious topic. Finding out from my brilliant and lovely sister in law that there was a new Care Bears show on Netflix was pretty awesome. I’ve been sick the last few weeks, so I thought a serious, but lighthearted post would be fitting as I get back into the swing of things.

So, when my SIL told me about this show I immediately went to watch with an open mind, if possible. I have watched other reboots of the franchise but mostly only made it half through episodes, or only one or two episodes. Some people may remember my fury over Oopsie Bear. Which, I still maintain is a blight on the franchise.

I am on episode 4 of this series and I kind of love it. There are obviously some cons, but I am mostly positive about the direction the show is taking.

I absolutely love that they seem to have maintained their personalities (and colours) from the original show. Grumpy (who I have always identified with & has always been my #1), is delightfully grumpy in the best possible way. Which they took away from him in other reincarnations.

Lotsaheart is still a ditzy spaz. Bright Heart Racoon is the bumbling professor he should be. Tender Heart is the tender heart that anchors the group. Brave Heart Lion is still the leader who is a bit grandiose and clueless.

The reason I love that they kept their personalities was that the original care bears was all about showing that everyone was different. It was these differences that made us special. Just because someone was “grumpy” doesn’t mean they were bad. They were still capable of love and caring just as much as someone who was the embodiment of sweetness and caring like Cheer Bear.

I am also so pleased that they’ve returned to the didactic formula of Care Bears. Every episode has a “lesson”. In episode 2 they showed that sometimes things may seem one way, but if you don’t communicate you may totally read something wrong and get hurt.

In episode 3 it was about the power of positivity. With one of Bright Heart Racoon’s invention they showed that being positive can fuel great things. They even made it clear that fuzzy buttfaces like beastly can be positive in their own way.

Speaking of Beastly, he is my favourite part of this reboot. I adore that they brought him back rather than creating a new villain. He is not dumb and as “evil” like used to be. Rather, they made him a selfish little thing that at his core he is really sweet if not a bit misguided. The way they’ve drawn him he’s so fucking cute as well.

Finally, I also really like how the children of the world are still incorporated into the show. The Care Bears still go off on caring missions – which is very important to me.

For me, the cons are not so big that they overshadow the show. Mostly they’re just nitpicky things that are different from the original show that make me a little grumpy.

I do not like that their tummy symbols are called belly badges. That’s not what they are. They are tummy symbols.

I do not like that carealot is a “world” on land and not in the clouds. It just doesn’t have the same feeling. But I will say I like that the carebears have their own spaces that are unique to them.

I do not like the addition of “wonder bear”. Tho I get why they did it, I just don’t like it. I feel they could have found some way to bring in hugs and tugs which I would have liked better.

I don’t like that they have this stupid sharing cloud , rather than the caring meter but that’s just more me being a total curmudgeon who doesn’t like to see her childhood fantasy home changed.

So really, just minor so far.. I think there are two seasons for me to watch 😍