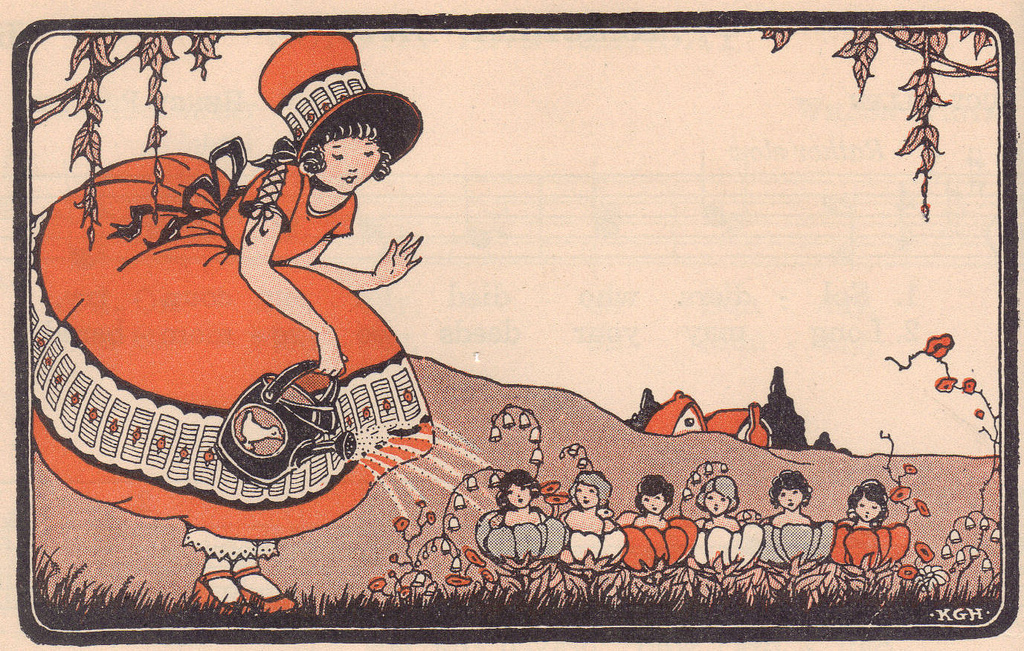 I dedicate this short story to the Rainbow Corner (RIP) at work, especially my friend Nick Savenco. The conversations we had about old Hollywood made this story bloom in my mind.

In a small town an hour away from Hollywood lives a retired actress Mary Nickoli. In her youth she glowed brightly during the Golden age in Hollywood, and as she aged her glow was snuffed out.  Now she lives out her days in a stately home surrounded by a large walled in garden. When she first moved to town the townspeople were curious about her, and her life in Hollywood. They quickly learned that she was not as forthcoming about information as they would have liked. She much preferred to be left alone; and eventually, the townspeople learned to do just that. She became one of them, and they forgot about her being an actress, now she was just an eccentric old lady who lived in the big house in the middle of town.

Even though the townsfolk had learned to leave her in peace, the outside world did not get the memo. Her presence in the small town brought tourists hoping to catch a glimpse, and young fresh faced women hoping to gain a mentor. Neither were ever successful, because the beloved actress refused audiences with anyone who came to visit. She guarded her privacy fiercely, and most people did not even make it to the front porch before they were sent on their way.

Despite the fact that Mary was rarely seen around town; her presence was felt. Once a year she hosted a luncheon in her beautiful garden for townspeople lucky enough to get a ticket. All of the proceeds from the lunch went back to the town to fund whatever event was currently going on, with a little extra from Mary herself. New roads, new school supplies, all of these things were made possible by that garden lunch.

The annual garden luncheon itself was well documented through the local paper, and word of mouth. Mary’s gardens had beautiful plots full of lush blooms, and a riot of colours. The day of the party was always magical itself as Mary always tried to change things up every year so it was always a surprise for the people attending. Sometimes she had vaudvillesque entertainment brought in, other times it was a comedy show, or music performance. A good time was always guaranteed.

The only other time the townspeople got as excited as they did for the yearly luncheon was when word broke that another local girl had run away to Hollywood. It did not happen often, but every couple of years local girls with stars in their eyes, and dreams of being front in center on the silver screen would vanish. Their parents would call the cops, and the cops would try to soothe them. There was never any indication that they didn’t leave of their own free will. Even though no one ever heard from the girls after they had left.

There was always hope that they would catch sight of them as an extra, or star performer on a movie or tv show. For about a year after the girls would leave, there would be non stop gossip about them in town. Many locals assumed that they had been too embarrassed to admit failure and that’s why they didn’t come home. Either that or they got sucked into the Hollywood machine and were addicted to drugs, or married off to some wealthy producer.  Only a few ever thought something nefarious had happened, usually the family and close friends, but no one ever had proof.

Despite the annual party, and the odd runaway the town was mostly quiet. It was small, but it managed to keep the stores open and restaurants full. Most of the people worked outside the town, preferring to come home to quiet after a long day. The typical small town cliches held true, people did know everyone and their business. Many would say that it was quite idyllic.

Then change came, as change often does. The town elected a young mayor who wanted to see the town become something bigger. He figured with the towns its proximity to L.A. and its very own Hollywood icon they would be able to amp up the tourism to the town. He envisioned all the great ways that it would make the town better, and brighter. The only thing he did not count on was Mary’s unwillingness to be part of his plan.

The Mayor had decided for the impending 20th anniversary of Mary coming to live in the town that he would host an event in her honour. He wanted to host a retrospective of her old films, and hopefully get some star power to shine a little in their town. When the Mayor went to approach Mary about the event, he found that he could not get even a little bit close to her. Whenever he tried to approach the house, he was sent away by her people. If he tried to call, he was told she was indisposed and he would have to leave a message.

Frustrated, he made a final attempt to get her on board by sending her a letter. This proved to be fruitless as well. He received a polite note in reply stating that while she appreciated his interest, she was not willing to be part of this event. What is past is past she said, let us just focus on the future. The Mayor was livid that she would have the audacity to refuse his plan that would benefit the little town she called home.

Incensed, the Mayor tried to get prominent members of the town, who frequented her garden party to join him in pressuring her to agree to participate. He was rebuffed by them as well. They made it clear that Mary was good for the town. She not only helped to raise money with her yearly party, she also helped her fellow townspeople. Families whose breadwinner had been laid off found their mortgage payments paid, promising students who struggled financially had tuition payments paid, and there were other little acts of kindness that even though she never put her name on them, they all knew came from Mary.

With her annual garden party looming on the calendar the Mayor decided to lash out that way. He did everything he could to make the event difficult to host. He cancelled permits, and forced the catering agency that Mary used to close due to health code violations. Despite all this, the party still went on as it always did. The only change was that Mary announced at the end of the event, when she normally thanked everyone for coming, that this would be the last year she would be hosting it. She thanked everyone for their attendance, especially those who came annually.

She then excused herself from the event, rather than making herself available for more personal goodbyes as she usually did. Those attending the event left stunned. They knew that the Mayor had been making things difficult for Mary, but they didn’t believe that it would be this bad. They never thought that she would choose to stop hosting the event.

The morning following the event, the townsfolk woke to news that an ambulance was spotted out front of Mary’s house. No one knew what was going on; but the local shops and the town diner were rife with speculation.  First she announces cancelling the annual event, and then this. Was she dead, did she get hurt? Did the Mayor have anything to do with this? It was almost too much excitement for the small town to bear.

As days turned to weeks, it was released that the death was definitely not a homicide, but no official cause of death was announced. The townsfolk also found out that Mary had willed her house to a women’s domestic abuse organization, and once they took ownership changes started to happen to make the home into a shelter for abused women. Construction crews were working on the inside of the house, and landscape crews were taking care of the gardens.

A month or so into the renovations police cars joined the workers trucks and various other equipment. Fear, and curiosity rippled through the town. There was no ambulance so there, so it was quickly dismissed that someone got hurt. Did something get stolen? Most people were really stumped at what was going on, but that did not stop them from speculating.

Finally, the police released a statement after much harassment from the townsfolk. In Mary’s garden, beneath a giant flower bed covered in Silver Bells and Cockleshells they found the bodies of five women. Those five women, it turned out, were the pretty fresh faced girls who everyone had believed ran away to Hollywood.